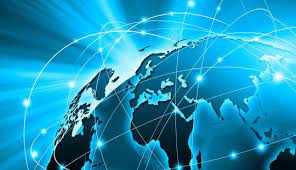 With the advancement of technology different types of internet have emerged that you can choose from according to your needs. Here are a few types that you may want to consider.

This is probably the most contemporary types of internet. It requires you to connect your phone line to a computer to access the Internet. This specific type of connection is also referred to as analog. However, the biggest drawback is that the connection is interrupted if a user wants to make a phone call. Telephone lines vary in quality, so there may be a disturbance in the connection often, which in turn affects speed. Plus, it offers slow speeds around 28K to 56K.

DSL stands for Digital Subscriber Line. The connection is established through the existing 2-wire copper telephone line. However, unlike dial up connections internet service is not interrupted if a user wants to use the phone while using the internet. DSL speed depends on the service offered and varies from 128K to 8 Mbps.

Cable Internet connection is another form of broadband internet. Users can access the Internet with the use of a cable modem. The biggest benefit of cable internet is that they can provide really fast access to the internet.

This allows wireless Internet access via cell phones. Speeds depend on the provider you choose but mostly you will find 3G and 4G speeds.  3G can be defined as the 3rd generation cellular network with speeds around 2 Mbps.  4G which is the fourth generation of cellular wireless can achieve optimum speed of about 100 Mbps.

Wireless internet replaces telephone or cable networks by Radio frequency bands. The best part about a wireless Internet connection is the “always-on” mode that allow you to be connected as long as your device is powered and you are within the network coverage. A wireless connection uses a modem and router, which pick up signals and transfer them to other devices.

These are spots that allows you to access the internet over a WLAN (wireless local area network) using a router which then links it to an Internet service provider. Hotspots make use of Wi-Fi technology. This allows electronic devices to link to the Internet or exchange data wirelessly via radio waves. Hotspots can be:

We have described the types of internet connections available in the market. You can analyze the cost, benefits and disadvantages of each of them before you choose an internet connection. Another factor to consider is your requirement. Each of the connections mentioned above may have their pros and cons, which make them appropriate for certain setting like an office, or home.